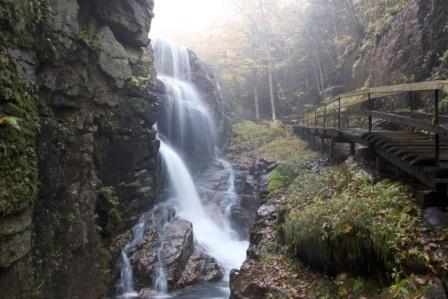 I advanced to round 2 of the NYC Flash Fiction Challenge and am pretty excited about that! So today’s unexpected post is the entry that helped me advance, “The Assignment.” This is a story of 1,000 words max; genre: spy, location: a hiking trail, object: a car battery. 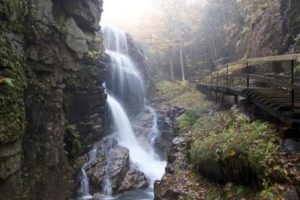 Tabia sipped some water as she took in the breathtaking site of the waterfall in the distance. The stunning beauty might have taken her breath away if she weren’t already breathless from the insanely long hike she’d taken along the Oconee Passage of the popular Palmetto Trail. This was not at all what she’d imagined when she’d joined The Agency. After she’d completed training, her colleagues had given her a gag gift that included the entire boxed set of “MacGyver” and “24” along with a Boris and Natasha water bottle, the same one she was now sipping from. After that, the only instructions she’d received were “Await further instructions.” While she “awaited,” she’d imagined what her first assignment might be like. She knew that she shouldn’t expect to be hopping any planes to Casablanca any time soon. However, she hadn’t expected to be hiking through the mountains of South Carolina, either. Especially since the last time she’d been camping was never. Her buzzing cell phone pulled Tabia out of her thoughts and back into the present. She was surprised because she hadn’t had a decent signal in hours. She pulled it out of the pocket of her cargo shorts and pulled up the text that had just come through.

“Don’t go chasing waterfalls. Please stick to the hiking trail that you wandered off from. We think that we’re gonna have it our way or nothing at all. And we think you’re moving too slow.”

“A spy agency with a sense of humor and a working knowledge of 90s R&B, impressive,” she mumbled as she rolled her eyes and dropped the phone back into her pocket. She took one last sip, placed the bottle back into a pocket of her backpack, stretched and headed back to the main trail.

Once she’d retraced her steps, she was only about half a mile from the end of this part of the trail, which led to the Oconee Station State Historical Site. Just seconds after returning to the path, she caught a glimpse of something out of place in the bushes and trees across the way.

“It’s that simple, huh?” she said. She looked around to be sure no one else was watching. Then she rushed across the path. Suddenly, she stopped short. She was prepared to take a bullet to the leg or brass knuckles to the face but not poison ivy. “Uuuuh . . . leaves of three . . . oh, crap. No, wait. Aaaaah, it’s trillium! Hey, check me out!” Excited about her recently (and hurriedly) acquired knowledge of the local plant life, she pushed the plants aside. Sure enough, it was there. A car battery. It didn’t make sense, but what did she know?

Tabia grasped the battery and discovered it was much lighter than anticipated. The top came off in her hands, it wasn’t a battery but a container. Inside was a ring box, like the ring boxes she’d seen in every rom com she’d ever watched while guzzling Pepsi, eating Goobers and wondering when it would be her turn. While most of the girls in her high school graduating class had gone off to college and gotten their “ring by spring,” Tabia had been preparing to be a spy. Now, at 24, she felt like she was suddenly on the road to spinsterhood. After all, was it even possible to be a successful spy and have a successful marriage?

“Focus!” she mumbled to herself. “This is not the time. This is just some creative packaging for a microchip.”

She opened the box and let out a soft gasp. Without thinking, she took the petite diamond ring out of the box and slipped it

onto her left ring finger.

“These people know me well . . . a little too well,” she said, softly as she admired the delicate heart-shaped pink sapphire that
was set in a thin band of white gold and covered with tiny diamonds. Back when she used to daydream about her perfect wedding,
this was the ring she’d imagined. She held her hand out to admire the ring and noticed the
small card with writing on it that was inside the faux car battery. She picked it up and read it: There’s no chapel, but the brick house will do. Your future awaits, so please say “I do!” If Tabia had a boyfriend, she would’ve assumed this was a surprise engagement. But she was single and didn’t even have a crush.

She knew from the brochure she’d read earlier that there was a brick house on the site of the historical site. That was the only thing about this whole thing that made sense. Her training definitely hadn’t prepared her for this! She took a deep breath and slowly exhaled. She checked the faux box one last time to be sure it was empty. She stood up and headed for the brick house.

As Tabia approached the house, a tall cup of caramel latte trotted toward her. He kind of resembled Boris Kodjoe. At this point, she wouldn’t have been surprised if he was Boris Kodjoe!

“Babe, you made it! That means your answer is yes!” he said loud enough for the small group of onlookers to hear. He whispered to her, “My agent number is 45-9837, code name is Eric Church, nickname is Boris – for obvious reasons. Our assignment starts now!” He spun her around, heavy backpack and all.

Twenty minutes later, after being assisted with a quick change, Tabia stood in front of a minister. She was wearing her dream engagement ring and the most beautiful wedding dress ever, and she was looking into the eyes of a man she’d just met.

“You may now salute your bride with a kiss!” said the minister as the small group cheered.

As they kissed, her new husband slipped a microchip into her mouth with his tongue. 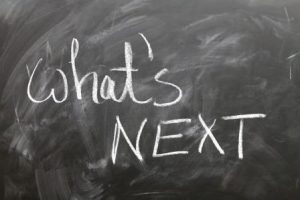