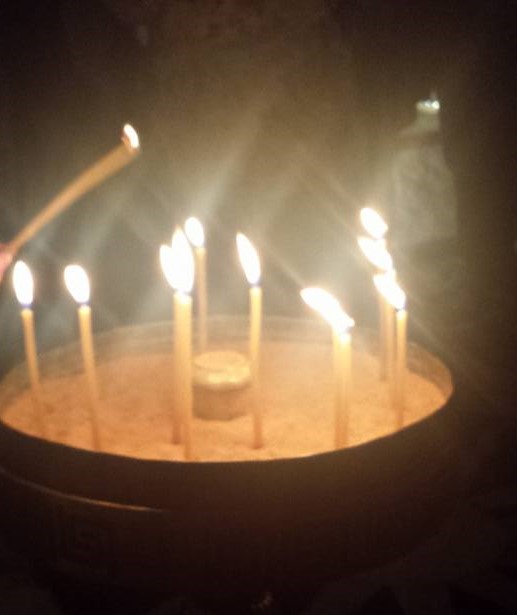 (This is part two of a series.)

In my last post, I described an experience I had while standing in the Garden Tomb in Jerusalem – just outside the Old City. These reflections were initially all in one post, but the human attention span seems to be shrinking daily, so I decided to break that post into two. If you haven’t read part one (“A Holy Disturbance”), I’d recommend doing that before continuing with this post.

Though it was 2015, the current situation in the Holy Land was pretty much the same situation into which Jesus had been born. That is still the case four years later in 2019. Throughout the Holy Land, there are visible signs of occupation; an occupation that negatively impacts the lives of citizens daily. I also saw a parallel for my own context as a black person born and raised in the United States. Many black people are living in communities that are being occupied by agents of another kind of empire.

Whenever I reflect on my trip to the Middle East and the Holy Land, that experience at the Garden Tomb is one of the moments that often rises to the top and begs to be shared. The main theme of the trip for me was “truth revealed.” During those 10 days, I saw things that contradicted the narrative we in the West had been fed about the Middle East, Muslims, Arabs, Palestinians, etc. As someone who is a member of a people group who has greatly suffered from the spread of false narratives, I was deeply offended and felt a great sense of lament and pain. I also felt a burden to tell the truth, shine a light, do what I could to elevate the voices of the people in the region. I became *that* person on Facebook.

Every time I saw that a Facebook friend was in or traveling to the Holy Land, I commented on their posts. When I heard that people were planning a trip to the Holy Land, I encouraged them to be strategic in where they traveled, who they listened to, and who they chose to be their tour guide. I did this in hopes that my words would help open blinded eyes, so they could see the ugly truth that is hidden in plain sight. I didn’t just want to open their eyes, though. I ultimately hope to cause people to be moved to compassion and action.

I am especially passionate about helping Christians in the West open their eyes and be moved specifically to stand with their sisters and brothers in the Holy Land (and even letting them take the lead on how to take action). I know this is the hope of the Palestinian Christians we met during our travels, including my friend who lives in the Old City.

I realize that choosing to use my words this way makes me a potential target, but I’m a black woman living in the United States, so I’ve had a bullseye on my back since the day I was born.