As I mentioned earlier this week, I’m trying to maintain blog presence while also resting my hand(s). So today’s post is a reblog from 2014. Unfortunately, the words/sentiment are still relevant.

Warning: Sometimes, I ramble. This is one of those times.

I recently had a brief email conversation with a colleague who is becoming a friend and an ally. The conversation was, of course, about Ferguson. In one of my rambling responses, I mentioned how I’ve been disconnected from a lot of what’s going on because of my struggle with trying to balance my work schedule with maintaining a healthy self-care routine. (In other words, I’m up and out the door early in the morning and have to get to bed pretty early at night, not leaving much time to catch up on current events.) Then I admitted that a part of me was relieved that my circumstances have somewhat disconnected me because to be plugged in to what’s happening means having to face the painful reality of being black in the United States. To be plugged in means to be utterly and completely overwhelmed by the hate that rolls down like a mighty river (you see what I did there, right?) simply because of the amount of melanin my body produces. 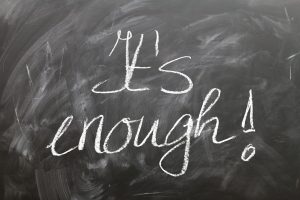 Well, God bless Austin Brown. She has been posting blogs with words that so eloquently paint pictures of this reality while doubling as a salve that is soothing my wounded soul. Today, after reading her most recent post (found here), I dared to venture back to Twitter to read some Ferguson updates. I often process through music, and the lyrics that came to mind were from a song that I have often sung to myself (and God). The phrase that stood out to me at this moment was, “I am tired, I am weak, I am worn…” Sometimes, it helps just to put it out there in the open.  In the midst of the weariness, though, I am reminded (even in Austin’s post) that – despite what society says – I am human, and I am fearfully and wonderfully made.

And, well. That’s all I’ve got to say about that.