“I paid half my rent this month.” I uttered this phrase many times in September while talking with friends. Eventually, it began to feel like a litany that sums up my year thus far. 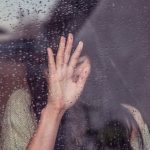 I’ve been struggling financially for most of 2017. In 2016, I took a leap of faith in obedience to God; I started 2017 without a full-time job. When the difficulties started, I honestly thought that they would be short-lived. But by the time spring rolled around, my smiles had become a bit more strained, and my go-to response to “How’s it going?” was usually something like, “Oh, it’s going!” I had just enough optimism and faith left to pen an inspirational article about going through a midlife crisis that was set in motion by God. I talked about how my situation was like Elijah being fed by the ravens. Halfway through the year, though, I felt more like the Israelites after they’d had enough of quail and manna. I was tired of my money coming in fits and starts. If I had five dollars for every person who gushed about how inspired they were by my faith and obedience, I probably could have paid all of October’s rent! (Insert sarcastic emoji here.)

I’m mature enough in my faith to understand how God can use adversity to grow us further, and I’m no stranger to the storms of life. I am generally quite optimistic and view adverse circumstances through the lens of Romans 8:28 (NIV), “And we know that in all things God works for the good of those who love him, who have been called according to his purpose.” I know that, while God doesn’t cause calamity, God most certainly can create good from those situations. Despite my lived experiences with God’s grace, love, and all that good stuff, by August, I couldn’t focus on anything besides my dwindling bank account and growing collection of bills. I often wondered if I was hearing God clearly – or at all. I felt like the Peanuts character, Pig-Pen, except I was being followed by a cloud of doom instead of a cloud of dirt. So, I’m grateful for my circle of friends who have walked with me during this time.

Conversations with my friends shined through my dark cloud like rays of sunshine. Often, people who have chronic 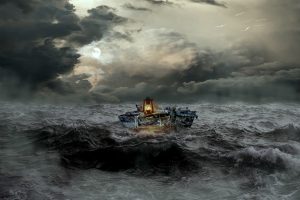 illnesses experience a dwindling of support from friends who can’t endure an illness with no end in sight. I worried that I would experience something similar, that my friends would eventually drift away as the struggle called my life seemed to be endless. Not only have they stuck with me, time with them has helped me maintain some sense of normalcy. In addition to sharing laughs, my friends have helped me try to view my situation from different perspectives. During a recent conversation with a friend, I shared how I hadn’t talked publicly about my struggle because I didn’t want to make God look bad. She challenged me to consider the people who needed to hear my story. Touché. The other “danger” in sharing my story is putting myself out there for others to judge. Yet, here I am, putting it all out there! Why? Because I can’t not do it.

One of the casualties of this year was my writing. I had plenty to say, I just couldn’t muster the motivation to push past the muck and get the words out of my head and onto paper. This is my attempt to press on and push through. There are a lot of clichés about just taking one step, but I’m here to tell you they’re true. If all the hope you have is that maybe today will be “the day,” go with that. After all, it only takes faith the size of a mustard seed to move a mountain, right? In the meantime, I thank God for the gift of friends. They are the raincoats, oars, and boats that help me through the storm. 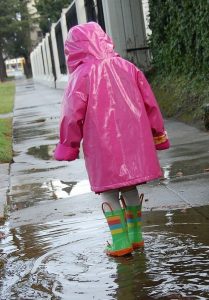