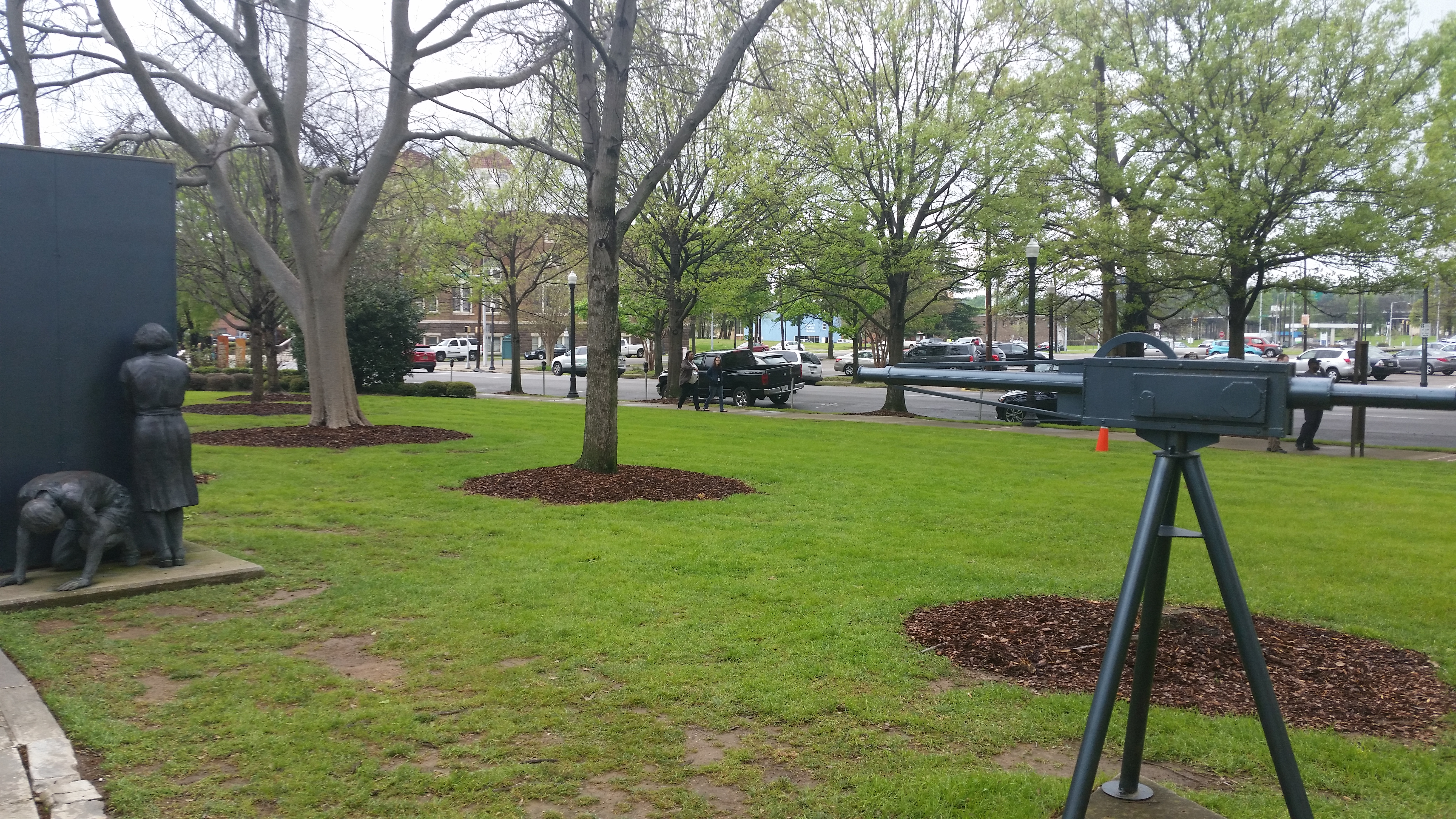 When trying to think of a title for this post, I was hoping for something clever about life imitating art. But then I wasn’t sure if that was the correct way to describe what I’m going to talk about. Is it life imitating art or more like art predicting life – or something totally different? Then, instead of stressing out over a title, I decided to just write.

The 1993 movie “Amos and Andrew” stars Samuel L. Jackson and Nicolas Cage and is a satirical retelling of the 1950s sitcom, “The Amos ‘n Andy Show.” I’ve seen this film multiple times because it’s a conversation starter for the Sankofa Journey, but something stood out to me when I watched it last week.

There’s a scene in the movie in which Samuel L. Jackson’s character (Andrew Sterling) is startled out of a nap by his car alarm. He walks out onto his porch with a small, rectangular shaped car alarm remote in his hand and is met by police officers crouched all around the property (and it’s dark outside). They are yelling at him to put his hands up, but he can’t hear their instructions over the car alarm. After yelling, “What? I can’t hear you!” a couple of times, he says, “Hold on, let me turn off the car alarm.” He points the remote toward the car, an overzealous cop yells that he’s got a gun and the surrounding cops begin shooting at him.

In 1993, this scene was meant to elicit laughter because it was an over-the-top depiction. (Truth be told, in its original context, it would only have been considered mildly funny – if funny at all.) As I watched it in 2016, I realized that it was far from funny because similar situations are happening in real life all throughout the U.S. – over and over again. I find myself wondering how we got here, to the point that something that was “far-fetched” enough to inspire a spoof 20+ years ago is now a common occurrence. No , wait . . . those aren’t the correct words. I don’t wonder how we got here, that path is a plain as the nose on my face. I guess the better question might by why we got here. Well, no . . . I know that answer, too . . . So I guess the question is how to we get out of this situation? How do we solve it? Because we’ve been fighting these fights for generations; and just when it seems that we’ve taken two steps forward, we get kicked five steps back.

When it comes to dealing with issues of injustice in our country, it feels as if we’re stuck in a Kobayashi Maru test, or a no-win scenario. (You’ll see this term again very soon on “The Dreamer Speaks.” In the meantime, feel free to Google it.) And that’s all I’ve got to say right now.

“Deep in my heart, I do believe that we shall overcome someday.” But on a day-to-day basis, sometimes it’s a struggle.