Today, I’m operating in the spirit of “imperfect action” and starting a new feature on The Dreamer Speaks. I’ve come to enjoy the “Friday Five” types of posts that people share on their blogs. Based on feedback that I receive often from people who enjoy my social media musings, I thought that I might try my hand at this thing.

Since everyone else’s digests focus on Fridays, my girls Common Sense and Wisdom hipped me to the fact that I should probably pick a different day. I considered Twofer Tuesdays (or Thursdays), and that didn’t really work for me. Mondays are anathema, so that was pretty much an automatic “no.” And yes, I can hear you pushing back with, “But it would be great to have your voice as a refreshing and uplifting presence on Mondays.” I agree, but that would require that I spend my Sundays doing something other than dreading Mondays (see below) . . .

That left me with Wassup Wednesdays. I have way too many stories saved via Facebook’s “save link” option, so I’m excited about filtering through them and sharing them with you. I hope you’ll find value in my “Internet digest,” and I’d love to hear your thoughts about these stories – and others that you think are relevant! Don’t forget to share this post with your friends!

I don’t often watch videos that are shared on social media. I can’t exactly explain why, it’s just a quirk of mine. When I do click “play,” it’s usually after I’ve seen the video shared by numerous friends and followers. I’m so glad that I didn’t delay in clicking “play” on these two videos! 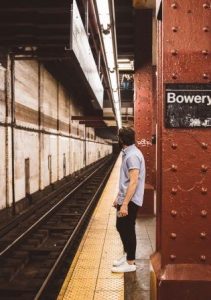 Being from the Southside of Chicago, I’m quite familiar with the Red Line train/subway/el. One of my favorite/least favorite (depending on the moment) things about the Red Line is the musical performances you catch on the trains and in the subway stations. But, if you want to catch this amazingly soulful singer, you’ll have to head to New York City’s 23rd and Sixth Avenue subway station. This is the video that seemed to send Mike Yung into viral stardom, but there are others available on YouTube. Since the video went viral, Yung has recorded a single that’s available on Amazon and iTunes. I bought mine on Monday!  (If you’re trying to find him online, he also goes by Michael Young, his birth name.)

It’s been said that music is a “universal language.” You don’t always have to know what the words of a song mean in order for it to hit you deep in your soul. (A song doesn’t even need words to be impactful!) This is a recent video of a choir singing a Psalm in Aramaic. Word on the street is it brought the Pope to tears. I don’t know about the Pope, but it moved me!

I am a proud introvert, and I will sing the praises of the gift of introversion any chance I get. So I’m always on the lookout for articles about Innies. I came across two articles about evangelism and introverts. Both had some strong and not-so-strong aspects. 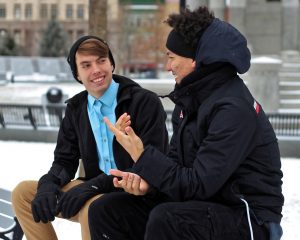 I appreciated the action items provided in this article. However, the author’s tone was a bit off-putting. While he sort of identifies as an introvert, there’s a lot of “they” language. And he says that (all) introverts don’t like “being around people they don’t know.” Not necessarily. I enjoy meeting new people, I just need to ease into the process and know that we have something in common. All in all, I appreciated the sentiment – and I do agree that introverts shouldn’t use our introverted nature as a crutch or excuse not to be in community. As I always say in my workshops, being in community is not an option. (In other words, God created us to be in community.)

On the flip side, this piece was written by an author who clearly identified as an introvert. The tone was a little better, but I wish that he’d included some sort of “action items.”

Jesus and the Displaced

Years ago, I taught fifth grade at a private Christian school. There were two fifth grade classrooms; since I was hired the day before 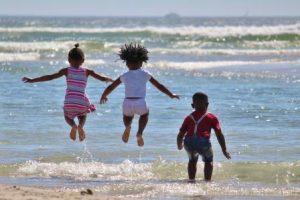 the first day of school, I don’t know if students had been divvied up in advance, or if my class was the result of an unexpected overflow of fifth graders. Whatever the reason for the existence of the class, what was obvious is that the school was bursting at the seams. My classroom wasn’t in the main school building. Instead, it was located in a classroom at the back of the sanctuary in an adjoining building. We were disconnected from the school’s PA system, so the main office had to communicate with us via telephone. This physical displacement caused many of the students to feel “othered.” This piece talks about othering/marginalization and the Church’s role in it.

Last, but definitely not least, is this piece that caught my attention yesterday! I was so intrigued by it that I actually read it right away instead of clicking “save link.” A frustrated comment sparked a national movement to provide playwrights with greater access to live theater. In order to qualify for the perk, you have to be a member of the Dramatists Guild. The good news is that membership isn’t as complicated as you might think! Also, members of the Dramatists Guild can get a free subscription to Samuel French’s digital collection of plays and musicals.